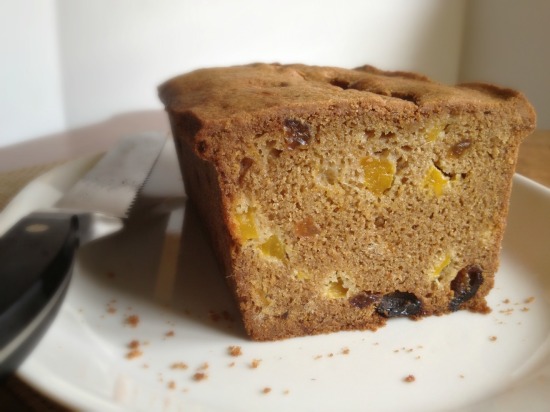 I am a compulsive list-writer. I live and die by the “to-do” list. Although my home screen is cluttered with those little reminder notes, I prefer making my lists on stark white computer paper in ballpoint pen. I don’t like lined paper; my words can’t fit into those predetermined spaces, their importance limited, obscured by their confinement. I use journals sometimes so I have record of the previous day in planning the next, but I also revel in recycling the printer sheets and starting over — a sign that Day=conquered. I enjoy nothing more than marring the page with my crossouts., moving along like a diligent worker-bee, and adding and rearranging the tasks as the day rolls on.

END_OF_DOCUMENT_TOKEN_TO_BE_REPLACED

January 8, 2012 By Sacha in Recipes Tags: Baking from My Home to Yours, breakfast, Dorie Greenspan, oatmeal, quick bread 5 Comments

Last Sunday, I opened the door to my pantry to give it a good scan before I began planning meals for what I knew was going to be a busy week. One look almost made starving look like a desirable alternative. Almost. Baking supplies were jumbled with dry snacks, bottles of oils and spices were tipping over dangerously and cereals were hiding way too many varieties of dried fruit, including a bag of currants which, although properly sealed, was pushing the limit of what “dried” really means. Some more scavenging revealed a discouraging amount of waste. I decided I would just have to eat and eat until my pantry regained some semblance of organization. Not a bad deal.

It was in the relentless pursuit of an organized pantry that I baked this loaf at 9pm the next day after work. When I was sick last month, I opened a gorilla-sized bottle of unsweetened applesauce that was supposed to be used for a cake I never made in October. I choked down a half-cup serving – I’m not a fan of store-bought applesauce – and away it went in the fridge, set to expire 10 days after opening. I had also found a container of old-fashioned oats whose time would be up in a month. And there was Dorie Greenspan, quietly beckoning me to whip out my whisk and spatula with her Oatmeal Breakfast bread, which is composed primarily of these two ingredients.